LMFAO are the weirdest two people ever. I don't even know what I'm watching right now, it's called LMFAO's guide to party rocking at the MMVA's

That one band One Direction, everyone in it looks 15. And makes me feel very old.
Same with The Wanted, atleast they are a bit older and I do like their one song.

Adam Levigne grosses me out, and I just saw the video for moves like jagger and it's so annoying.

I'm watching much music which is a music video channel, which I never do. Hahaha

Posted via LiveJournal app for iPad.

I've decided that to get back into blogging, I'm going to start making occasional public posts on make up reviews, album reviews, wishlists etc. Still am going to make personal posts as well, hopefully more frequently and they of course are going to stay friends only :)

Mumford & Sons - Sigh No More
★★★★
I realize this album has been out for quite some time, however ever since i've downloaded it, which was awhile ago, I've been totally obsessed with it. This band, if you've never heard them is a folk band from the UK. They are great to say the least. There is not one song on the album that i dont like. My boyfriend says they sound like Great Big Sea, and I would have to agree. It's a fairly mellow album. And if I have to I would say my favourite songs are; Awake my Soul, Little Lion Man, and I Gave You All. However I love a bunch of other songs on the album, but check those ones out

The Naked and Famous - Passive Me, Aggressive You
★★★1/2
This a really good upbeat fast tempo album, with a bunch of great songs. However there was some i didnt like, but I wont dwell on that. Deffinately my favourite track is there single "Young Blood". I love bands with both male and female voices singing so thats another aspect that i liked off this album. Overall its a fun album to listen and dance to.

The Vaccines - What Did You Expect From The Vaccines
★★★1/2
This album really shows my love of bands that recreate the 80's. Ya, I know, I was hardly around for the 80's (less than a month, thanks) and Im deffinately a 90's baby. However, I cannot stand a lot of 90's music. I actually love 80's hair bands. Anyways, back to the album, it deffinately has an 80's feel to it. Great album upbeat and dancy. My favourite song on the album was "Post Break Up Sex" And i strongly suggest you check it out 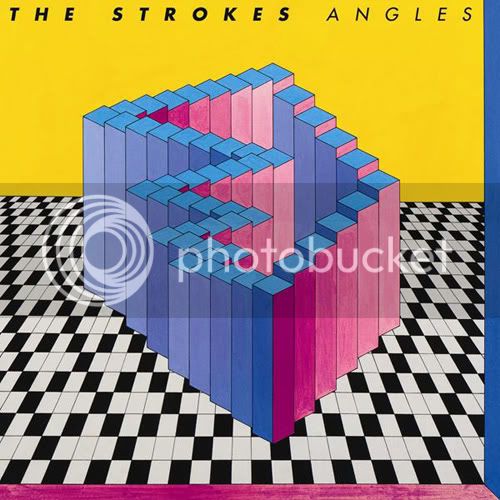 The Stokes - Angles
★★1/2
I think I could get myself in some trouble with giving the strokes such a low rating, however, I wasn't  impressed with this album. I've only listened to it once, but I think for the most part after one solid listen, you know if you're going to like something or not. Not that the songs were particularly bad or anything, nothing just really stuck out to me. I did like one song though, "You're So Right" Have a listen to the album and let me know if you agree with me or not.

Arcade Fire - The Suburbs
★★
Before anyone gets angry with me for being Canadian and not really liking arcade fire, I have to tell you, a lot of my favourite bands are Canadian, so I can justify not liking Arcade Fire. The thing is, I was really looking forward to listening this album, considering it got a lot attention as of late. I had high hopes, I just sort of found that nothing stood out to me, and there isnt much to say on them. I actually only like one of their songs in total, which was off of their first album. Anyways, not much to say about them.

White Lies - Ritual
★★★★
Another band that channels the 80's. I'm in love. Not a single song that I didnt like off this album. In fact, I couldnt find this album anywhere, and I've been trying to find it since it was released in January. White Lies did not disappoint. Deffinately check out this album when you get a chance, my favourite track is "Strangers"


Anyways, thats all for now, leave some feedback, whether you agree, disagree with my ratings

Hey guys,
I know im not the most active member on livejournal. however I think im going to do a friends cut. Ive added some people who i just didnt connect with. No ones fault. It just takes up to much room on my friends page.
If you really want to stay comment here..

I wish everyone well.

I don't understand how a country, that has some of the most prestigious schools, where some of the smartest people attend, can have some of the most unintelligible people too. It's ridiculous!! I had a call today with a woman from north Carolina (so I couldn't understand her already) and I was trying to find out what city she lived in. She was talking insanely fast and so I asked her to spell it out. She couldn't even spell her own city! She got so mad at me and hung up. Like WTF! How do you not, in 2010, know how to spell the city you live in.

Whatever gets you through the night
What is your favorite John Lennon song, and why?
Reply 490
every christmas season, me and my dad would put up the tree together and decorate the house and listen to John Lennon songs, and we would always sing "imagine".
It's not my absolute favorite, but it holds a special place in my heart and memories.